Regina Chambers, master of social work student at the University of Mississippi, recently attended a nine week internship with one week training and debrief at the Washington, D.C. for Union Summer, a program in which participants are introduced to the labor movement through several union organizing campaigns. Summer Union interns are placed on various campaigns across the United States.

Chambers was placed in Canton, Mississippi, where she helped organize campaigns for the United Auto Workers at the Nissan Vehicle Assembly. Chambers worked with seven students from schools around the country to gain experience in community organizing.

“We went to communities throughout Mississippi speaking with workers about the conditions of their working environment,” said Chambers.

Since its inception in 1996, Union Summer has helped over 4,000 students with internships where they provide experience in state legislation, planning and participating in direct actions, and building relationships within the community.

Chambers emphasized that the UM’s social work department is responsible for passion in the labor movement. “The department gave me the tools and skills needed for this internship,” she said.

The photo gallery below depicts Regina and other interns organizing strategy for the UAW in Canton. 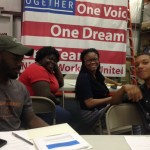 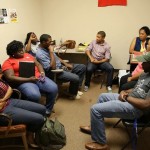 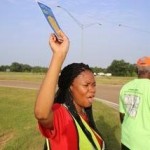 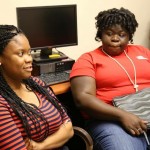